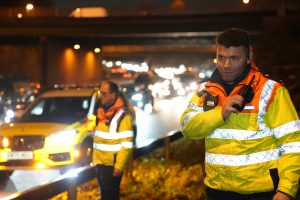 One of Channel 5’s prime time ‘hits’ the second series of The Motorway achieved new highs, outperforming C4, BBC1 and BBC2, and is set to return for a third series in 2023.

With exclusive access to National Highways, the 8 x 60’ observational documentary series goes behind the scenes and out on the road with a hidden workforce of men and women under daily pressure to keep the motorways moving.  From the high-tech control centres watching over the motorways, the series reveals fast lane pile ups, medical emergencies and the very worst of British drivers on some of the world’s busiest motorways.