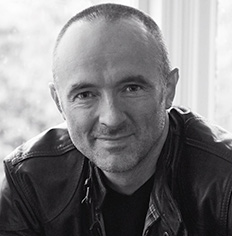 A BAFTA nominated producer, Ed has carved a significant name for himself in specialist factual television, both in front and behind the camera. He is an acclaimed film-maker with a reputation for delivering ground-breaking and engaging series, often self shot from the most extreme places on earth.

Ed has produced stand-out shows for all the major UK and US broadcasters. He has consistently delivered critically acclaimed series including ‘The Carrot Or The Stick’ and the international hit series ‘Alone In The Wild’ for Channel 4 and National Geographic Channel, which defined a new genre of survival programmes.

Ed took ‘rig’ filming to new extremes in the history series ‘Shackleton – Death Or Glory’ for DNI and PBS, covering the impossible, 800 mile crossing of the Southern Ocean in a wooden boat.

One of the foremost experts in filming in extreme environments, Ed has produced 5 series on Everest including three seasons of the award winning ‘Everest Beyond The Limit’ for Discovery US and ‘Extreme Everest with Ant Middleton’ for Channel 4. 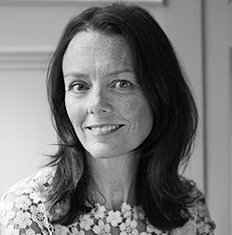 As a producer-director Amanda cut her teeth on several of the BBC’s flagship science shows, such as ‘QED’ and ‘Animal Hospital’, rising through the ranks to become Deputy Editor on ‘Tomorrow’s World’.  Her first Series Producer role took her to Talkback Thames where she gained a BAFTA nomination for ‘The Farmer Wants A Wife’ for ITV1, which went on to became a huge international hit, and is still running.

Since then Amanda has produced a diverse range of successful, prime time factual series including Gordon’s Great Escape for Channel 4, Things I Hate About You for Bravo/NBC in the US and more recently Mountain Vets for BBC2.  As an Exec’ she’s worked with Wall to Wall, Silver River, Monkey, STV, Hello Halo, 360, Channel 4 and the BBC overseeing a range of output and developing ideas through to commission.

Amanda has also also gained a strong reputation as a go-to trouble-shooting Exec’ and has been drafted in to turn around several prime time factual series to great success – including the first series of  ‘This Farming Life’ for BBC2, which she reshaped and which then went on to win a Scottish Bafta and is now in its 5th run.

Amanda set up Fearless Television with partner Ed Wardle off the back of their first commission ‘The Motorway’, for Channel 5 which TX’d in early 2020.   Described by Ben Frow as one of his ‘hits of 2020’, it has since been recommissioned as an 8 hour run.